Ian McLagan
This page is a work in progress
Ian McLagan
Listen to Ian McLagan Music on Spotify!
https://open.spotify.com/artist/5HVDf6EAbKdW7Md5V3VL8I
Ian McLagan's Early Life
Ian McLagan was born May 12, 1945 at West Middlesex Hospital, Isleworth, to Alec William McLagan, of Scottish descent, and Susan (née Young), from Mountrath, County Laois. He had an elder brother, Mike. The McLagan family lived in Hounslow, West London. Alec McLagan was an enthusiastic amateur skater, having been British speed-skating champion in 1928; a photograph of him in this role features on the cover of his son's solo album, Best of British (2000).[1]
​He first started playing keyboards at the age of seven after his mother purchased an upright piano.
One of Ian's first appearances was in a group entitled 'the Blue Men' in which he played rhythm guitar.[2] McLagan was educated at Spring Grove Grammar School, Isleworth, and the Twickenham College of Technology and School of Art. He quit his study of art to focus on music.[3]
Small Faces and Faces
McLagan first started playing in bands in the early 1960s, initially using the Hohner Cembalet before switching to the Hammond organ and Wurlitzer electric piano, as well as occasionally playing guitar. He was influenced by Cyril Davies' All Stars,[4]
His first professional group was the Muleskinners, followed by the Boz People with future King Crimson and Bad Company member Boz Burrell.[5]
In 1965, he was hired, for the sum of £30 a week, to join Small Faces by their manager, Don Arden, replacing Jimmy Winston.
Ian ​McLagan played his debut gig with Small Faces at London's Lyceum Theatre on November 2, 1965.
Once the 'probation' period ended, McLagan's pay was reduced (at his request) to £20 a week, which was what the other band members were getting. They never received more than that because Don Arden collected all the proceeds of their hard work, and it wasn't until 1967 that they started receiving any royalties.[6]
With the band, he wrote and sang only two songs which are credited entirely to him, "Up the Wooden Hills to Bedfordshire" and "Long Agos and Worlds Apart", which appear on Small Faces (1966) and Ogdens' Nut Gone Flake (1968) respectively. However, he is also credited as a co-writer on several other tracks such as "Own Up Time", "Eddie's Dreaming" and "The Hungry Intruder".
In 1969, Steve Marriott left the group; Rod Stewart and Ronnie Wood joined, and the band changed its name to Faces.
Ian McLagan - Work with other musicians​
McLagan played piano on the studio side of the 1972 album The London Chuck Berry Sessions. After the Faces split up in 1975, McLagan worked as a sideman for the Rolling Stones, both in the studio (Some Girls including electric piano on "Miss You"), on tour and on various Ronnie Wood projects, including the New Barbarians. In addition, his session work has backed such artists as Chuck Berry, Jackson Browne, Joe Cocker, Bob Dylan,[7] James McMurtry, Melissa Etheridge, Bonnie Raitt, Paul Westerberg, Izzy Stradlin, John Hiatt, Frank Black, Nikki Sudden, John Mayer, Bruce Springsteen, Tony Scalzo, Carla Olson, Mick Taylor, and Georgia Satellites. He played Hammond B3 organ on Mary Gauthier's 2005 album, Mercy Now.
McLagan played keyboards in the band that backed Bob Dylan on his 1984 joint European tour with Santana. Also playing in that band were Mick Taylor, Colin Allen and Gregg Sutton. He was a member of Billy Bragg's band "The Blokes" for several years in the late 1990s and early 2000s, co-writing and performing on the 2002 England, Half-English album and tour.[8]
In 2009, McLagan joined the James McMurtry band on tour in Europe.[9] On 25 September 2010, at Stubbs in Austin, Texas, McLagan joined The Black Crowes on keyboards and vocals for their encore set. The set included two Faces songs, "You're So Rude" and "Glad and Sorry".
In 2012 the Small Faces and the Faces were inducted into the Rock ‘n’ Roll Hall of Fame. 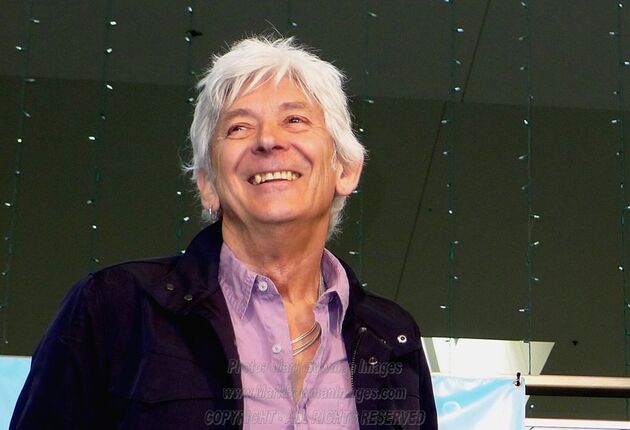