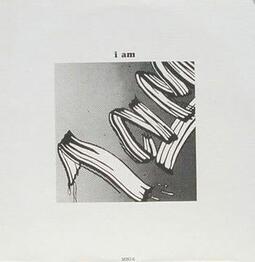 The second of three Pete Townshend-assembled volumes in the Meher Baba devotional series is the weakest link, perhaps, but that doesn't mean it doesn't provide real points of interest. Recorded and released in 1971, almost two years after Baba's death, the musical part of the record is certainly a product of its time. It kicks off with the Billy Nichols/Kate McInnerney-penned "Forever's No Time at All," full of dual lead guitars played wanly by none other than Caleb Quaye who makes them scream as only phased-out effects boxes can. Nichols plays everything else on the track and offers a sweet vocal that reminds one of the Small Faces with Steve Marriott. The next track, a poem by Mike Da Costa, is so bad it doesn't warrant discussion. His next offering, however, which follows directly after, is a groove-laden bit of jazz poetry with guitars and drums played by Townshend, bass by Ronnie Lane, and a killer Red Garland-infused blues piano line by Ian McLagan with Da Costa wailing on the sax. The lyrics are terrible, but they're acceptable in the context of the killer groove, which is almighty. Townshend didn't sound this funky again until he got to "Imminence Front." The highlight of the disc, though, is the original instrumental version of "Baba O'Reilly." Almost ten minutes in length, its traces the keyboard lines through the original verses, and based on this version's structure, those verses were originally envisioned as longer and the bridge moved farther ahead than it appeared on Who's Next. Without the words, it takes on a subtler texture, the electronic keyboards actually mute themselves in places and only the piano and the drums can be heard. Also, after the bridge, which is far beyond the original middle eight, comes another melodic strain of keyboard loops and drones that move the track into an entirely different, even meditative terrain while keeping it a "rock" song. The melodic lines cross one another at other places in the song but nowhere else are they so pronounced. The quality is hypnotic enough to make the piece stand on its own without the vocals -- as a different piece of music with the same theme for a starting point. It is no less emotional a song in this manner than on Who's Next. It's a workshop version to be sure, but it clips along at such a wonderful pace, and is so full of majestic power and grace, it carries the day the way it is -- near the end it also carries within it the root melody for "Who Are You?" It alone is worth the price of the album -- or the price of the Eel Pie-reissued double-CD Jai Baba, containing all three of the devotional albums. It also proves Townshend to be a pretty damn good drummer. The other notable contribution by Townshend is his own devotional song for Baba, "Parvardigar." It is unabashedly a song of worship, seemingly incongruous with the person who wrote "My Generation," "The Kids Are Alright," "I Can't Explain," or even "We Won't Get Fooled Again." The truth of the matter is that Townshend was able to write the music mentioned above -- most of it anyway -- because of the emotions that led him to Meher Baba in the first place. And listened to in this way, "Parvardigar" is a revelation in Townshend's body of work. Despite some real dreck, I Am contains a number of real gems, and at the very least offers a view of the scene around Baba as a particularly artistic and British one.
https://www.allmusic.com/album/i-am-mw0001205634
​https://www.discogs.com/Various-I-am/release/6691995
https://en.wikipedia.org/wiki/I_Am_(Pete_Townshend_album)
You Are Here:
​https://www.ronnielane.com/pete-townshend-i-am-album-1972.html