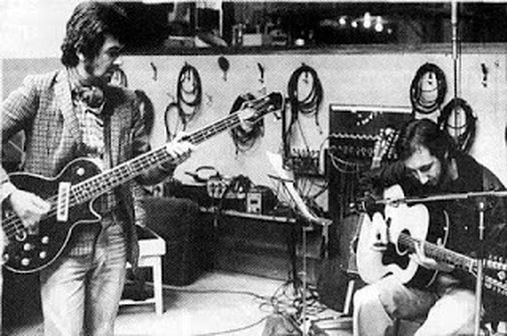 Lane makes his music with guitars, fiddles, banjos, drums, harmonica, electric bass. Although that sounds like a formula for folk rock, there is nothing of the haunted quality or joyousness of the greatest folk rock. Instead, there is a meditative air to the music, captured eloquently in the opening verse of his best song here, “Annie,” which might merely be “Harvest Home” with lyrics:
Old rocks stand tall, Annie
Seen the world grow small, Annie
But when they fall, Annie
Where will they be?
What Lane does is hardly unprecedented. Dylan’s soundtrack to Pat Garrett and Billy the Kid, Eric Clapton’s 461 Ocean Boulevard, even Led Zeppelin’s “Stairway to Heaven” share a part of its wise and ancient spirit. (Clapton brings a blues guitar to “April Fool” that is its prettiest touch.) Townshend has made his share of songs with a similar feeling — silly as it was, The Who by Numbers’ “Blue, Red and Grey” had it — as has Lane himself: listen to the Faces’ “Debris.” What’s important is that the dedication and beauty of the music is as crucial as the homage it pays to its masters and traditions.
​The glory of this album and of the work of Pete Townshend and Ronnie Lane throughout their careers is that art and the deepest spiritual aspiration are completely intertwined. Often, of course, that makes for a rough mix, and a rougher life. But it’s worth the turbulence, for it touches closer to the heart of the rock & roll experience than almost anything I know.
AllMusic Review by Brett Hartenbach
www.allmusic.com/album/rough-mix-mw0000653674
​Rough Mix, Pete Townshend's 1977 collaboration with former Small Faces and Faces songwriter and bass player Ronnie Lane, combines the loose, rollicking folk-rock of Lane's former band, Slim Chance, with touches of country, folk, and New Orleans rock & roll, along with Townshend's own trademark style. Lane's tunes, especially the beautiful "Annie," possess an understated charm, while Townshend, with songs such as "Misunderstood," the Meher Baba-inspired "Keep Me Turning," and the strange love song "My Baby Gives It Away," delivers some of the best material of his solo career. Rough Mix stands as a minor masterpiece and an overlooked gem in both artists' vast bodies of work. Eric Clapton, John Entwistle, and Charlie Watts guest.
AllMusic User Reviews
This disc is an outstanding collaboration between Pete Townshend and Ronnie Lane. The story goes that Ronnie had been asking to record with Pete for several years -- likely looking for a major career boost after suffering heavy financial losses with his Slim Chance carnival tours across the rural areas of the U.K. The sequencing of songs alternates between Pete's songs and Ronnie's. Highlights include "My Baby Gives It Away," the ballad "Annie" -- featuring Eric Clapton, Cat's Melody and "Misunderstood."
​
There were frustrations in recording the album, these sessions were when Townshend found out Lane suffered from multiple sclerosis, after shoving him and watching Ronnie fall over weakly. This disc represents the best musical performances of Lane after 1976, as the disease began eating away at his talents. A great musical partnership is heard on every track. ~J Riemen - December 29, 2015 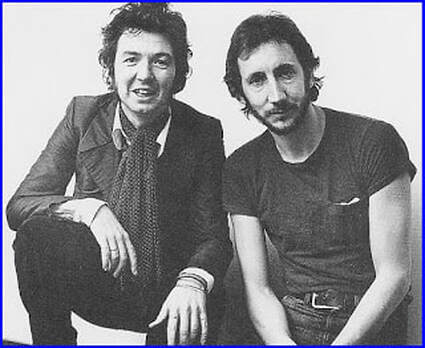 I bought it in '77 and loved it then and still do. It should have been a chart topper. The acoustic roots folk vibe undermined much of the LP (no English blues here) which was expertly varied with a sense Townshend and Lane just wanted to play for the joy of it. While some have noted there was a disconnect in the fact it was not a full collaboration as not all songs had both Townshend and Lane's coming together in writing/playing, I never felt like that. I liked the two sides that occasionally melded, it gave the album a wider range of that had that British DNA underneath everything. It gave Townshend a chance to stretch apart from The Who. As for Lane, it gave him a platform to reach a wider audience while honing his vision of his Slim Chance project's strengths without the excesses. Lane's songs are small triumphs even as they feel a bit unfinished and truncated. It does have an excellent cross-pollination instrumental track, the title track "Rough Mix", that is a great tune of the joy of playing together with your close friends. It certainly makes you wish for a second volume where, perhaps, the players came together to pin an entire collaborative album as their is great promise here. All in all an excellent album that deserved so much more attention than it received. This many years later it remains a favorite bringing into focus how good it actually is. Annie and Heart To Hang On To are true highlights in a fantastic album. ~John Werner - April 12, 2017
Rough Mix Album (1977) - Amazing Amazon Reviews
Best unknown album award!!
The "Mod Summit"
Pleasing mix of Townshend and Lane originals a pity they didn't do this again...
The Right Mix
A good collaboration of these two musicians.
Two giants of rock in a classic collabortion!
​Read more Amazon Rough Mix reviews 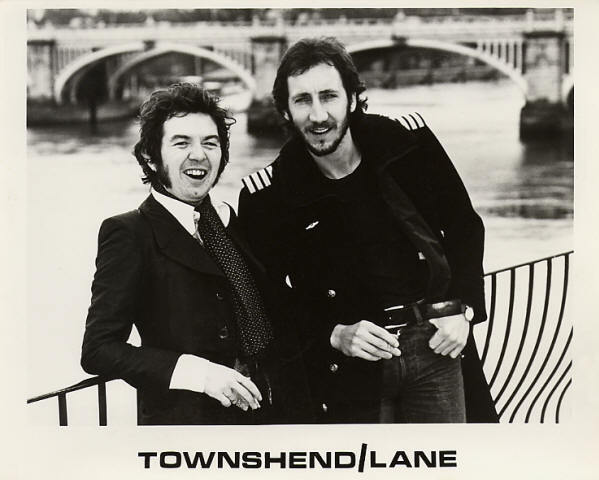 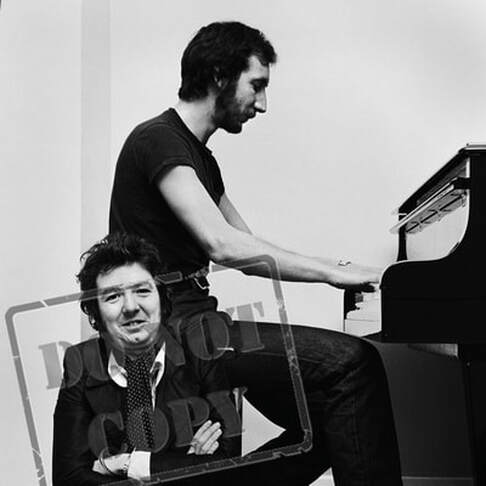